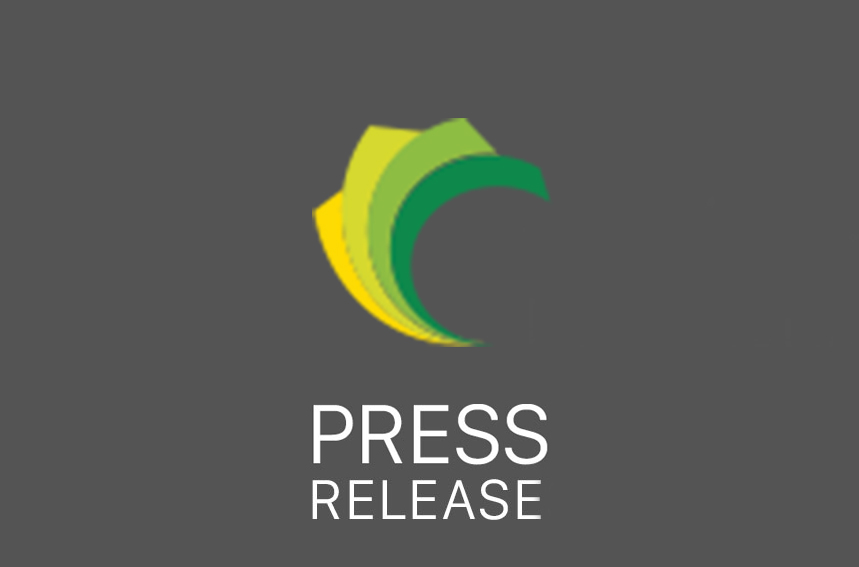 • Improved financial performance and strategic progress across business segments
• Revenue and net earnings growth amid better operating metrics in drilling segment, as well as expansions in insurance and aviation segments
• Operating profit increased 152% to reach QR 247 million, as compared to QR 98 million in 2018
• EBITDA of QR 724 million for the financial year 2019 largely reflects strategic transformative initiatives to streamline operations
• GIS Group paid QR 548 million towards its debt servicing for principal repayment and interest payout for the financial year 2019
• Earnings per share (EPS) of QR 0.023 for the year ended 31 December 2019

Doha, Qatar; February 19, 2020: Gulf International Services (“GIS” or “the Group”; QE: GISS), one of the largest diversified services groups in Qatar with interests in oil and gas drilling, insurance, helicopter transportation and catering services, today announced that it posted a net profit of QR 44 million, amid recovery from the losses reported in the previous year.

Business performance and outlook
2019 was an exceptional year for GIS, where efforts were made to reposition the Group that not only improved the cost base of subsidiaries, with an objective to be competitive, but also the Group’s improved performance was underpinned by success across all the Group subsidiaries, where new contracts were won, resulting in improved revenues and asset utilization.

GIS is well-positioned to build momentum as all of the Group subsidiaries look ahead to growth in revenue and profits. The realization of Qatar’s North Field Expansion (NFE) project, which aims to significantly raise the nation’s total natural gas production capacity from 77 million tons per annum to 126 million tons per annum by 2027, will provide many opportunities going forward for the Group to capture significant market share in oil and gas services, which will drive future gains at GIS. GIS Financial Results – for year ended 31 December 2019

Commenting on the Group’s performance, Sheikh Khalid bin Khalifa Al-Thani, Chairman of the Board of Directors, said: “GIS made significant progress in 2019 toward repositioning the Group on a more solid foundation of revenue and profit growth. The improved financial and operational results presented today are evident of the Group’s ability to effectively build market share through targeted expansion, cost optimization and efficiency. Going forward, GIS group companies will continue to strive to maintain market share with an eye on growth, stressing on industry benchmarked cost competiveness, which could drive to add profitability and lead towards shareholder value creation.”

The Group posted a net profit QR 44 million, up 144% from a net loss of QR 98 million in 2018 underpinned by revenue growth. The Group’s total revenue for the year ended 31 December 2019 surged 20% from 2018, to reach QR 3.0 billion as compared to QR 2.5 billion in last year, following significant expansion in premiums from insurance business and international expansion of aviation business. For the year ended 31 December 2019, the Group reported an EBITDA of QR 724 million.

Operating profits increased by 152% from 2018, to reach QR 247 million as compared to QR 98 million in last year. The improved profitability for the year is an outcome of boosted revenues, lowered general and administrative costs and no requirement for impairment provisioning.

The finance cost increased by 5%, to reach QR 237 million in 2019 as compared to QR 225 million in 2018. Due to a large debt position mainly at the Group’s drilling segment level, the operating profits are negatively affected by the overall finance cost size, which leaves the Group with a reduced net earnings base, overshadows the alleviated business performance. The Group aims to optimize levels of funding at a competitive financing arrangement, with a core objective of reducing overall finance cost, which could ultimately lead to optimizing finance costs, improved profitability and enhance shareholder value.

The Group’s total assets also rose 4% during the year to reach QR 10.8 billion as at 31 December 2019. On the liquidity front, the closing cash, including short-term investments, stood at QR 908 million up by QR 19 million and total debt of QR 4.7 billion as of 31 December 2019, down by QR 309 million compared to the last year. During the year, the Group paid QR 548 million towards debt servicing for principal repayment and interest payout as compared to QR 374 million in 2018.

Drilling: The performance of the drilling segment improved during 2019, as the lift-boat Rumailah was returned to service, and the new offshore drilling rig, West Tucana, began operations. The addition of the new offshore rig is an evidence of the Group’s strong business relationships with renowned partners which has assisted in placing the new rig to the operational fleet. Drilling revenues for the year grew to QR 1.2 billion, up by QR 22 million.

The segment made good progress by cutting operating costs through outsourcing services and rationalizing the structure and optimizing the operational activity. The segment was able to reduce its direct costs by QR 35 million and general and administrative expenses by QR 23 million compared to the last year with no impairment provisions in relation to rigs was booked during the year. As a result, the segment reduced its net loss by 61% to reach QR 102 million for the year 2019, down from a loss of QR 264 million for the financial year 2018.

Looking ahead, the drilling segment is uniquely placed to unlock solid growth opportunities, mainly due to the North Field expansion project for which GIS’s joint venture has been awarded a contract to provide six premium jack-up rigs, which will commence operations in various phases in 2020. Moreover, GDI is positioning itself for international opportunities, which would not only enhance asset utilization and cash flows, but also provide avenues to diversify internationally. GDI is currently bidding into various international opportunities for diversifying its geographical client base.

The segment’s debt component is continuously being monitored to ensure optimization of financing cost for realizing positive value to its shareholder.

Insurance: The insurance segment grew strongly on the back of new business gains in both the medical and energy business, with new international clients added to the portfolio and successful renewal of policies on all major accounts, provided an assurance of continued revenue streams. The addition of several new corporate clients in its rapidly expanding medical business line, primarily boosted the medical business exponentially in terms of gross premiums earned during the year.

Insurance revenue rose substantially by QR 397 million, up by 92%, as compared to last year, to reach QR 830 million during the year. The segment net profit, declined by 70%, to reach QR 16 million, mainly due to increased claims. In a bid to minimize the risk associated with medical insurance claims, the Group entered into a reinsurance model, wherein the claim settlement exposure would be optimized.

Going forward, the insurance segment would continue its efforts to enhance its market share and to reprice its current contracts in medical business, to better manage the claims and rationalize the claim exposure to enhance the overall segment profitability. The insurance segment is continuing its efforts to tap opportunities in the hardening reinsurance market with expectation of increased premium rates for both local business, as well as, international business, apart from enhancing treaty limits, treaty capacities and alternative proportional treaties.

Aviation: The aviation segment grew 8% in terms of revenue during the year, to reach QR 586 million at the end of 2019, which translated into a 2% growth in segment’s net earnings to reach QR 143 million.

Growth mainly came from its international division, which secured short-term contracts in Angola, Spain, Oman, Kuwait, Cyprus and South Africa, as well as, its Turkish subsidiary, Red Star Aviation, which added to the revenue growth over 2018. The domestic aviation business, which is consisting of oil and gas services and VVIP transportation, continued its positive business trajectory.

Going forward, the segment is well positioned to unlock future growth in terms of increased demand envisaged due to the NFE project which would lead to grow the fleet domestically. The aviation segment will continue to focus on key international markets, which provides opportunities in oil and gas aviation service sector. Also, the segment acquisition of a 49% stake in Air Ocean Maroc is set to further spur growth, which is currently looking at opportunities in Morocco, Western Africa and South of Europe.

Catering: The Group’s catering segment saw revenues rise by 7% to reach QR 431 million during the year, amid the successful bidding of contracts with Qatar Gas, Qatar Primary material Company, Ooredoo, Hamad Medical Corporation, Qatar’s Supreme Committee for Delivery and Legacy. However, profits fell by 50% to reach QR 12 million, due to the absence of favorable one-time items from the previous year where provision reversals were booked in 2018.

Looking ahead, Qatar’s catering services market is expected to grow at a positive rate through to 2024. This will be mainly driven by the NFE Project and FIFA 2022 World Cup in Qatar, where a high volume of visitors are expected. This will further increase demand for catering and accommodation services in the hospitality sector, where AMWAJ is well positioned to act on these opportunities.

Strategy: The Group is focused on reducing operating and financing costs, and better utilizing assets to increase its market share in Qatar and enter new international markets. The top priority is to reposition the Group’s core oil and gas services business by minimizing costs and maximizing asset utilization in order to become more efficient and better able to leverage its domestic and international strengths to increase market share and shareholder value.

Earnings Call
GIS will host an IR earnings call with investors to discuss its fourth-quarter and full-year results, business outlook and other matters on Wednesday, February 26, 2020 at 1:30 p.m. Doha Time. The IR presentation that accompanies the conference call will be posted on the publications page of GIS’s website.

2019 Proposed Dividend
Given the potential opportunities available to the Group to expand its market share, and the need to remain financially flexible with the current debt structure, the Board of Directors believes that a dividend payment in 2019 will be a burden on the Group’s liquidity position and will place pressure on future strategy. Hence, the Board of Directors recommends no dividend payment for the financial year ended 31 December 2019 and GIS will deploy the retained funds to capture the present and future opportunities.